The Writing of Dion Overtoun 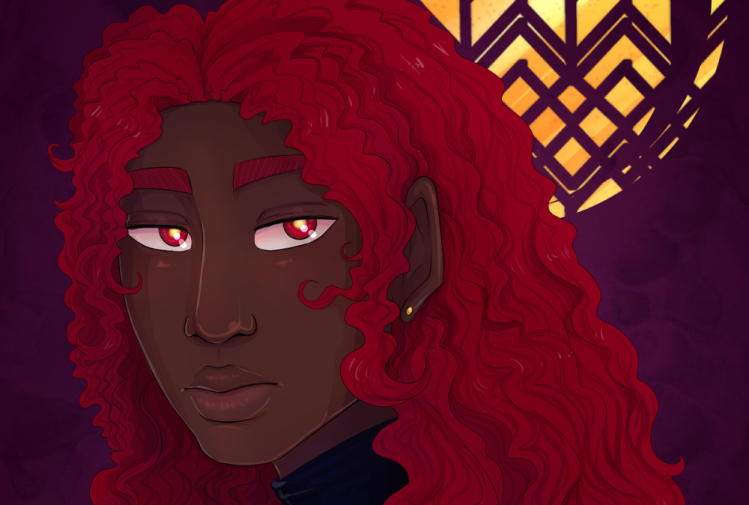 There are witches all over the place, in all walks of life. Some are pleasant, New Age-y types, crystals and sigils and positive thinking; some are folksy, plants and medicine and animals; some talk to spirits, some talk to ghosts, some spend most of their time talking to people. And some are nightmare women who […]

Friday, ‘real’ name Five of Twelve, Brood Three (stylized as 05.12.03), one of an unsettling number of nearly identical human-shaped drones. Collectively called ‘the Hive,’ they’re born from a mysterious biomechanical broodmother code-named ‘Fetahil’ by the still tentatively-named Incursive Security Agency. He’s a good boy, full of sincere curiosity about humanity and the earth. He […]

There he is: Sylas Fortinghall, Aspen’s dad. He’s a genius, a genius, and a genius; that’s it, that’s literally all there is to recommend him. He’s a psychopath. Not the cool movie kind, either. The ‘antisocial personality disorder,’ serial abuser kind, the ‘incapable of honoring any agreement whatsoever and gets bored easily,’ kind, the ‘exiled […]

I’ve already posted this on Twitter, but I thought I’d put a higher-res copy into the world. And the increased space to write means I can talk about Aspen! First off, learning how to render oil slicks/thin-film refraction effects for her has been a Task and a Half. Let’s just note that. I’ve gotten slightly […]

The Latest From Dee